The recent spike in terrorist attacks perpetrated by religious extremists in France and Austria has led to an increased receptiveness of European audiences to the Islamist bogeyman.
Under the banner of defending civil liberties, illiberal liberals have declared a war on “Islamism”– a term that originally referred to non-violent Islamic activism and has now been deliberately conflated into a derogative label of “Islamic fundamentalism” and “terrorism”. ..more:middleeasteye

United States President Donald Trump on Tuesday hosted a White House ceremony capping a dramatic month when first the UAE and then Bahrain agreed to normalise ties without a resolution…more: aljazee 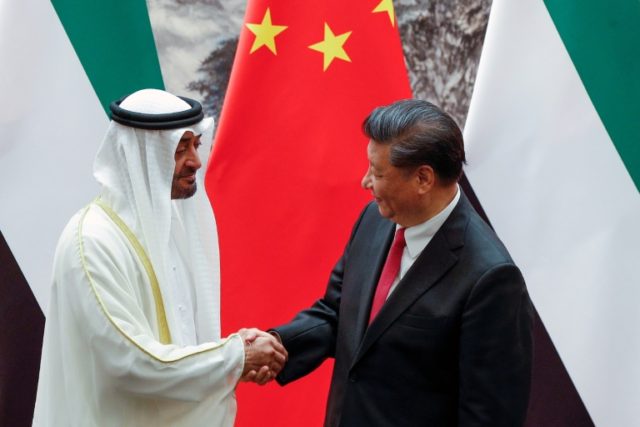 A controversial US mercenary group with ties to the UAE has signed a deal with China to build a training centre in Xinjiang where up to a million Uighur Muslims are reportedly held in detention camps.

Hong Kong-listed security firm Frontier Services Group (FSG), which is founded by Erik Prince, has signed a preliminary deal with the Chinese authorities. A statement posted on its Chinese website confirmed the deal but was later deleted in what appears to be an attempt to avoid a backlash against Prince’s activities.more: middleeastmonitor.com

Ex-NSA operatives reveal how they helped spy on targets for the Arab monarchy — dissidents, rival leaders and journalists….more: www.reuters.com

Critics have denounced the forum as a PR initiative to boost the UAE’s image abroad and deflect criticism by human rights groups. Hiba Zayadin, a Human Rights Watch researcher who focuses on the UAE, said that the Emirates regularly attempts to “present itself on the global stage as progressive”…more:  middleeasteye