… On both sides of the wall that politicians insist is not a wall, which marks a border which they also insist is not a border, faith in a future Palestinian state that might exist in harmony with an Israeli one has foundered. Now comes Donald Trump, claiming he can break the deadlock with “the deal of the century”. He is almost certainly wrong…more: thetimes

The warlord Khalifa Haftar, who controls eastern Libya, has never disguised his ambitions. Once one of Muammar Gaddafi’s generals, he returned from exile in the US when the dictator fell in 2011, attempted to launch a coup three years later, repeatedly declared his intention to take Tripoli and has said that his country may not be ready for democracy.

So the professions of shock from his backers when he mounted his assault on the western capital, held by the internationally recognized Government of National Accord, ..MORE: THE GUARDIAN 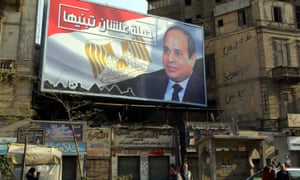 Newton traced the doctrine of the trinity back to Athanasius (298- 373); he became convinced that before Athanasius the Church had no trinitarian doctrine. In the early 4th century Athanasius was opposed by Arius (256-336), who affirmed that God the Father had primacy over Christ. In 325 the Council of Nicea condemned as heretical the views of Arius. Thus, as viewed by Newton, Athanasius triumphed over Arius in imposing ..more: christianity.stackexchange

Last Sunday was the 14th anniversary of the American invasion of Iraq. Given the outcome of Operation Iraqi Freedom, the milestone passed almost completely without comment among the many who led the charge to Baghdad in 2003. There are soldiers of all ranks who went into battle carrying copies of Ibn Khaldun’s “The Muqaddimah,” Hans Wehr’s Arabic-English Dictionary and other works that might help explain the land and region to which…more: SALON.COM

As an advocate of interfaith dialogue, particularly between Christians and Muslims, I’m often faced with the issue of conversion. People ask me, “If you admire Prophet Muhammad so much, why don’t you convert to Islam? Why don’t you accept him…

END_OF_DOCUMENT_TOKEN_TO_BE_REPLACED

what is now Lebanon, said William Sherman, a retired priest and sociologist who’s researched the topic.

When these settlers emigrated in the early 1900s, Lebanon was not yet an independent country. It was part of Syria, which was controlled by the Turkish Empire. Consequently, U.S. immigration records listed the settlers as Syrian, said Sherman, who co-authored a book about the group titled “Prairie Peddlers: The Syrian-Lebanese in North Dakota…MORE: INFORUM.COM|BY ARCHIE INGERSOLL

…The first idea basically offers a counsel of despair: Muslims simply cannot be at home in the liberal democratic West without becoming something else entirely: atheists, Christians, or at least post-Islamic.

The second idea seems kinder, but it arrives at a similar destination. Instead of a life-changing, obedience-demanding revelation of the Absolute, its modernized Islam would be Unitarianism with prayer rugs and Middle Eastern kitsch…

American evangelicals are often particularly hostile to Islam — as they are to Mormonism, which also offers an interesting model for modernizing Muslims… evangelicals and Mormons presently compete and clash.But it has to set aside the sword. more:  nytimes.com/

God said (which means):: “And the Jews and the Christians (1) will not be pleased with you until you follow their religion. Say; “Surely Allah’s guidance, that is the (true) guidance”. And if you follow their desires after the knowledge that has come to you, you shall have no guardian from Allah, nor any helper” (2:120).

(1) Allah stated ,clearly, in this verse the Jews and the Christians but you can not understand, the Holy Qur’aan, till you read all verses dealing with this subject, and here you can read (click Here)  and then you come to  come to the conclusion that the above verse means the closed-minded and arrogant among them.

“Have We not made the earth a resting place?“ The Holy Qur’aan:78